I saw this cute video in my facebook feed of these adorable melting snowmen and I knew I had to make them! I signed up to bring in cookies for the Christmas parties at school with the hopes of making these but just in case it was a complete fail, I knew I could swing by Publix and pick up a few dozen cookies in the bakery. Kids really don’t have a preference.

The parties were on Friday so on Tuesday night, I started making the homemade sugar cookies from Make Bake Celebrate. I had a total of 64 to make and these looked very detailed, which is what I loved about them, so I had to get a head start.

Turns out, I do not have a plain round cookie cutter. And I didn’t realize it until the dough was made and rolled out. I’m not usually good at thinking outside the box but this time I did! I used the opening of a tall glass dipped in flour to make the circles. And it worked out great! I did find out that I need a bit more practice rolling out the dough EVENLY. Some cookies were paper thin and some were as thick as a steak! Again, I wasn’t worried because kids really don’t have a preference when it comes to cookies…at least mine don’t.

I hoped to start the icing on Wednesday and then label and bag them on Thursday but…it didn’t happen as planned. I ended up decorating and bagging all 64 of them on Thursday and into Thursday night. I do not recommend doing it that way!

This was my first time using Royal Icing  and I went with a recipe that didn’t need meringue or egg whites from Tips From A Typical Mom. My girlfriend has used this recipe many times and her cookies always came out great!

The first batch of icing had to be thicker so it could act as a border and outline of the melted snowman. It took me few times to know exactly how thick it needed to be. If you zoom in on the picture above, you can see where the icing was too thin!

Next up, a batch of thinner icing to fill inside the border. As I started on my first one, I realized that I would need the cut marshmallow ready to place in the wet icing. I had no idea how quick the icing would take to set, so I stopped after one to cut all the marshmallows.

And then I finished icing the cookies. I only filled 2-3 at a time and then gently pushed the marshmallow (sticky side down) into the icing.

The baby was napping at this point and I was hustling! Her nap times were so unpredictable that week. I wanted to at least finish all the icing and the marshmallows before she woke up. I also had to go and pick the big kids up from school. Talk about a wee bit of anxiety!

Once the marshmallows were set, I added the black sugar pearls from Wilton to use as buttons. I gently pushed those into the icing to make sure they would stay.

The baby was stirring at this point and I was relieved that I got as far as I did. While she was eating her lunch, I used some orange sprinkles from Wilton for the nose. I used a toothpick first to make a tiny hole and then gently pushed the sprinkle in. Talk about detail! My dental hygienist hands were in heaven!

I was in LOVE!! These were the cutest cookies ever and I wasn’t even finished yet! I definitely could have stopped here because they looked great…and again…kids don’t care! But I kept going. I just had to see how they would turn out.

I thought about using the black sugar pearls for eyes but chose to use black gel instead. It was quicker to do but not quite as neat as the black balls would have been. I then used a red sparkle gel to make a scarf for the snowmen. I think if I make these next year, I may try to use fondant instead. I like the ease and quickness of gel but I LOVE the neatness and perfection of fondant.

I originally was going to print out tags saying…”Do you want to build a snoman?” But these cuties were already built and started melting. So I went with…”Some people are worth melting for.” And that was a perfect way for my girls to spread Christmas cheer to their classmates.

How did your children spread Christmas cheer?

3 thoughts on “Some People Are Worth Melting For” 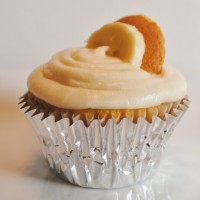 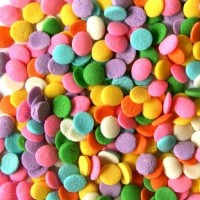